Click HERE for a copy of the HISPANIC ITINERARY

(This Hispanic Tour of NT Tyntesfield is a pilot experience  based on preliminary work of the AHRC-University of Winchester funded project ‘The Hispanic-Anglosphere: transnational networks, global communities (late 18th– early 20th centuries) in partnership with the National Trust)

Blog posted by: Susan Hayward [A few specialist comments have started to be added to this post]

Seven miles south west of Bristol, the National Trust’s Tyntesfield stands on an elevated ridge commanding magnificent views of the North Somerset countryside to the south and across to the Bristol Channel in the west.  Bought in 1844 by the merchant William Gibbs (1790-1875), the Tyntesfield estate was the country residence of the Gibbs family for 150 years. The rich Hispanic influence on the interiors, furnishings and contents of the house often comes as a surprise to visitors.

William was the second son of Antony Gibbs (1756-1815), originally a woollen merchant from Exeter.  He was born in Madrid and, with his elder brother George Henry Gibbs (1785–1842), spent much of their youth working in their father’s merchant business, Antony Gibbs & Sons, in Seville and Cadiz exporting Spanish wine, fruit and other luxuries back to the UK. The Gibbs developed an extensive network of contacts across the global Spanish and Lusitanian world.  Then when the Iberian trade declined, disrupted by war and revolution in Europe, the firm gradually focused its activities to emerging markets in South America as these countries gradually gained their independence.

When his elder brother died unexpectedly in 1842, William suddenly became head of the family firm. That same year, the firm’s Lima branch had signed a contract with the Peruvian government to trade in guano (nitrate-rich seabird droppings found particularly on Peru’s coastline, notably the Chincha islands). At first this seemed a risky deal, but eventually guano became a highly prized fertiliser. In 1847 the Gibbs secured a monopoly of the British trade and, by the late 1850s it was said that guano profits had made William the richest commoner in England. In the early 1860s the cash enabled William to expand and remodel the Tyntesfield estate in the neo-Gothic taste. Whilst the Gibbs exited the guano business in 1861, their web of Gibbs companies continued to extend across the global Hispanic world (and beyond) with interests that spanned banking, shipping, railways, mining and insurance.

Today Tyntesfield house is full of evidence of the Gibbs’ family links with the global Hispanic world and infused with William’s nostalgia for his youth in Andalusia. The following is just a small selection. We are here also providing here links to the catalogue in the National Trust Collection online catalogue, but please be aware that given that Tyntesfield holds the largest collection in the National Trust and documentation is still ongoing, there are a few entries that are currently under revision. At any rate, we are sure that there are many Hispanic objects yet to be identified.  Specialist input to assist with more detailed description is therefore much welcomed and appreciated! 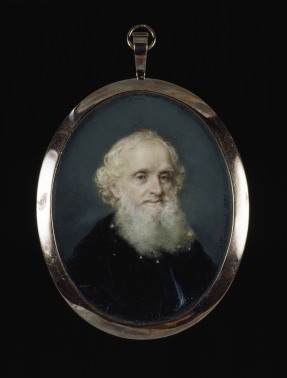 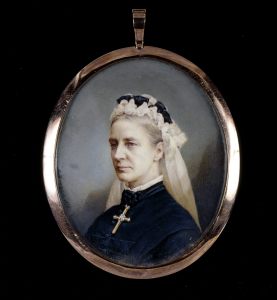 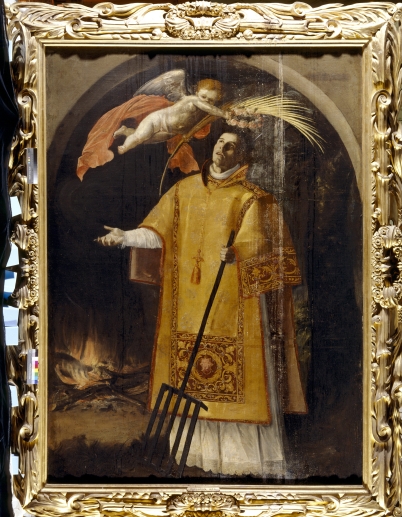 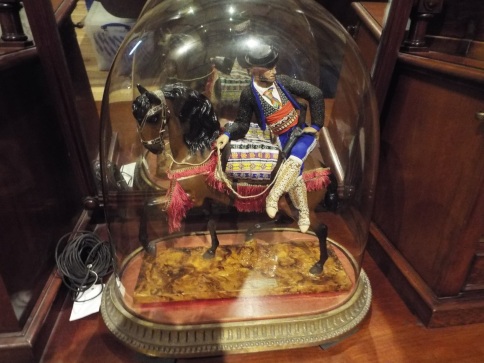 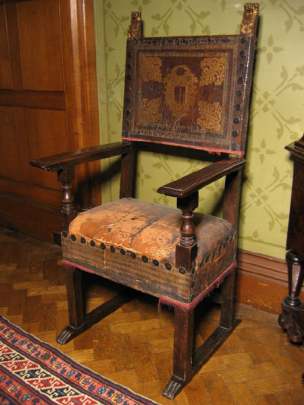 [Note from Graciela Iglesias-Rogers: This game is practically unknown among most people in the modern Hispanic world, but according to David Parlett’s  Oxford guide to card games (Oxford: OUP, 1990), ‘Ombre’, apparently originally pronounced ‘umber’ – an anglicanization of the Spanish word Hombre (man) – originated in sixteenth-century Spain as a four-player game. By the mid-seventeenth century Spanish players were forsaking the original for a three-player adaptation called Renegado (‘traitor’) and its five-hand equivalent Cinquillo . Yet it was exactly at this moment that the game spread to France, Italy and England, doing so in its three-hand form but still under its four-hand title: ‘Ombre’. The game entered England with the returning King Charles II and the cavaliers in 1660 and thus became the greatest card game in the land until well into the early nineteenth, when it found itself whittled away by ‘Whist’ and ultimately by ‘Bridge.  This privately printed treatise is categorised by Parlett as ‘the work of a lovable old eccentric’ (Parlett, 1990: 199-200)] 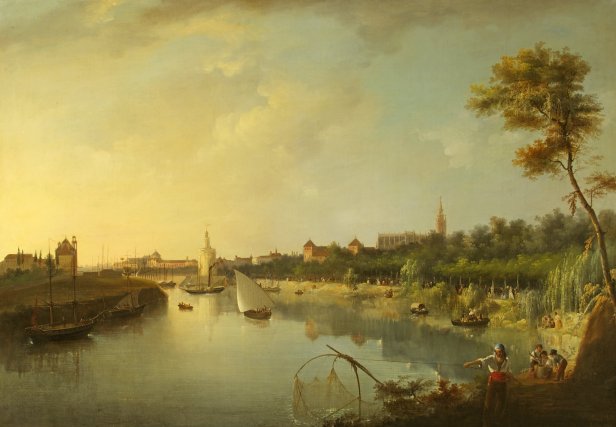 [Note from Graciela Iglesias-Rogers: it is probably referring to the Peruvian town of Trujillo and what today is the popular vacation beach town of Huanchaco] 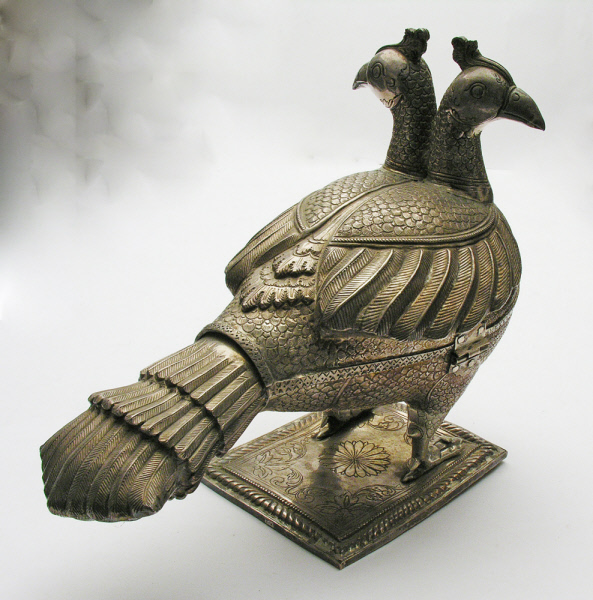