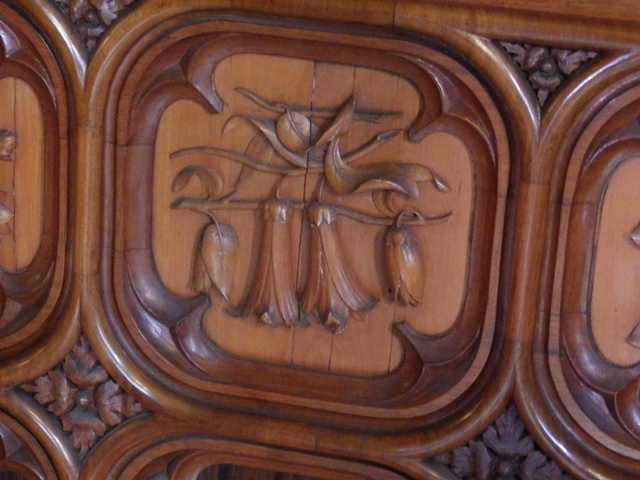 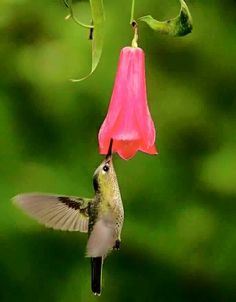 One of the first – if not the first – artistic depictions in the British Isles of the national flower of Chile, the copihue (Lapageria rosea) can be seen carved in a wood-panel wall of Tyntesfield, the country residency established by William Gibbs (1790-1875) near Bristol and currently under the care of the National Trust. The finding was made by Dr Andrés Baeza-Ruz during a visit organized by the Hispanic-Anglosphere network to be later confirmed by Dr Eduardo Olate, an expert in the physiology, in vitro propagation and breeding of ornamental crops currently working at the British-Chilean chamber of commerce.

The copihue is a perennial climber that originates from the southern woodland regions of Chile and Argentina and can reach up to six metres high. Its mainly red, tubular flowers are a favourite target of the colibrí (humming bird), a key agent of pollination in the wild. In the language of one of the indigenous inhabitants of the area, the Mapuches, copihue means to be ‘upside down’ – a term that has inspired many legends, including one about the love affair of a Mapuche princess and a Pehuenche prince that with echoes of the Romeo and Juliet’s quarreling families saga ends in death and blood-letting, the latter having only the positive, magical feature of prompting the emergence of the climbing blood-red copihue from the depths of a local river. References about being the Chileans’s national flower can be traced back to around 1915-1920, but the status was confirmed by law in 1977 (decree 24 February 1977 Nr.62 Ministerio del Interior).

Discovered during the Botanical expedition of Hipólito Ruiz and José Antonio Pavón sometime during the years 1782 and 1783, it was given the scientific name of Lapageria rosea  when listed in the third volume of their  “Flora peruviana, et chilensis…” published in 1802, the Latin name being in honour of the first wife of the key ally – soon to become worst foe – of Spain, Napoleon whose maiden name was Josephine Tascher de la Pagerie.  Yet the plant was only seen alive in Europe after it was grown successfully from seeds sent by William Lobb (1809-1863) from Concepción, Chile in 1848-9 to a nursery in Exeter, Devon run by the Scottish horticulturalist James Veitch (1792–1863), who with the resulting first specimen won a medal of the Royal Horticultural Society in 1850.

It was precisely in this period when William Gibbs began to redecorate Tyntesfield in a naturalistic neo-Gothic style, although by the time the carved wooden panels were installed amid a two-year project started in 1863, the copihue remained an exotic plant, only to be seen in the greenhouses of stately homes such as that of the award-winning Dowager Duchess of Northumberland. Its prominent, yet so far unrecognized, representation in the walls of  ‘Mrs. Gibbs’ room’ in the ground floor provides further powerful evidence of the strong cultural involvement of the Gibbs family, not just with Iberia, but with the whole of the global Hispanic world.

How to cite: To cite from this page, please use any style (Chicago, Harvard, etc). Our preferred citation form is: Andrés Baeza-Ruz and Graciela Iglesias-Rogers, ‘Chile´s national flower at Tyntesfield’, Exploring the Hispanic-Anglosphere, an online exhibition – The Hispanic-Anglosphere: transnational networks, global communities (late 18th to early 20th centuries), project funded by the AHRC and the University of Winchester in partnership with the National Trust, [https://hispanic-anglosphere.com/online-exhibitions/chiles-national-flower-at-tyntesfield, accessed – please add the date of your visit].